Gov. Whitman: Health of N.J.’s coast must be a bipartisan effort 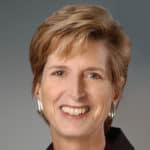 by The Honorable Christine Todd Whitman

This opinion piece originally appeared in the Star-Ledger here.

My home state of New Jersey has 127 miles of beaches that support vibrant coastal communities and an important regional economy. Visitors from across the country and around the world come to our state to enjoy the ocean and its natural beauty. As someone who developed an appreciation for our shoreline and ocean growing up, I am deeply committed to preserving these places for future generations.

We are witnessing significant changes in our oceans, including sea level rise, shifting ocean currents and weather patterns, ocean acidification, and ecosystem destruction. In New Jersey alone, close to a million people could be forced to relocate by the end of the century because of land erosion tied to climate change.

If we look at the impact Sandy had on the state, this becomes clear. The hurricane inflicted many devastating blows to New Jersey. The storm surge and resulting flood waters wreaked havoc on businesses and families, causing damages that are still being felt today.

If Sandy cost the nation’s economy an estimated $50 billion, what would rising waters do to our environment and economy? After the hurricane four years ago, the state’s fishing industry saw $272 million in losses from property damages, depressed incomes, and lost product. The state’s tourism economy also suffered greatly, losing nearly $950 million in potential revenue in 2013.

The United States cannot afford to be ill-prepared for future storms like this. We must address the underlying causes of these storms, as we also prepare to withstand and more quickly rebound from them.

But the issue is greater than just one storm.

New Jersey has spent more than $1 billion on beach replenishment projects over the last 30 years. Currently the mid-Atlantic region, which includes New Jersey, is one of the only in the world that hasn’t seen its economy devastated by over-fishing in the ocean but that won’t be an accolade long-held.

We need to do more now to protect oceans.

It is critical for policymakers to recognize that ocean health is a major economic issue. These complex problems directly impact the millions of small business owners and everyday Americans that live along our coasts.

The strength of coastal communities and their contribution to the national economy is one of the reasons I recently chose to take a leadership role as Co-Chair of the Joint Ocean Commission Initiative (JOCI) – an entity that works with national leaders to advance commonsense proposals and actions to keep our oceans healthy and vibrant.

JOCI is a bipartisan, collaborative group that aims to accelerate the pace of change that results in meaningful ocean policy reform. Our members care deeply about ocean policy, and we are motivated to see other countries around the world take solid steps to care for the oceans we share.

Recently, JOCI hosted a series of roundtables focused on engaging stakeholders and experts to generate conversation around ocean policy reform. Each roundtable had a regional focus and sought to identify practical approaches to major ocean challenges, generate creative solutions, and inspire state and local leadership. At the East Coast Ocean Leadership Roundtable, we discussed the importance of improving coastal resiliency to increase the safety of our citizens and mitigate the damage future storms will have on our local economies.

Based on input from these Roundtables, the Joint Initiative is currently developing an interactive, online Ocean Action Agenda that will be delivered to current leaders and those taking office after the 2016 elections. The Ocean Action Agenda will present specific recommendations for a clear set of urgent actions that need to be taken by leaders at all levels to improve the management of our ocean resources.

Ensuring the health of our oceans and coastal communities must be a bipartisan effort, and I am proud to be part of an effort that takes a collaborative, inclusive approach to addressing these issues.

Christine Todd Whitman was the governor of New Jersey from 1994 to 2001 and administrator of the U.S. Environmental Protection Agency from 2001 to 2003. She now serves as the Leadership Council co-chair for the Joint Ocean Commission Initiative.